Nepal keen to use Saidpur Airport 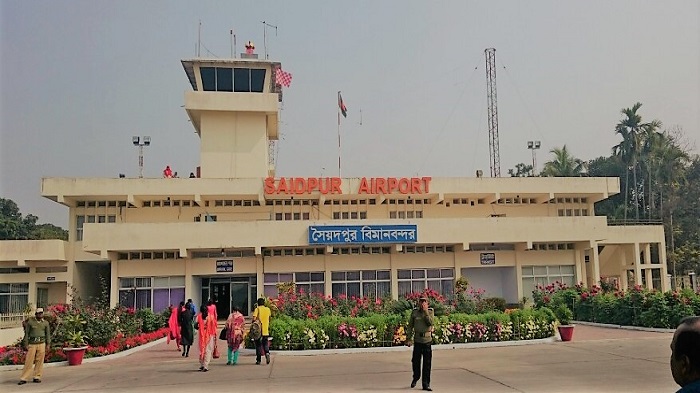 Nepal wants to use the Saidpur Airport for boosting connectivity, trade and tourism between Bangladesh and Nepal.

Nepalese Foreign Minister Pradeep Kumar Gyawali expressed the interest while paying a courtesy call on Commerce Minister Tipu Munshi on Monday at the Commerce Ministry in the city, said a press release.

During the meeting, they discussed various bilateral issues, including expansion of trade and investment between the two countries and regional connectivity.

Tipu Munshi said Nepal is one of the best friends of Bangladesh and the process of signing the free trade agreement (FTA) between the two countries is moving fast.
“Bangladesh is providing transit facilities to Nepal. The government is also working for developing airway, waterway and roads and highway communications in the country,” he added.

He hoped that the bilateral trade between the two countries will be increased further.

Pradeep said Bangladesh is economically moving fast in the South Asian region and the position of Nepal is after Bangladesh.

“The trade and investment relationship between Bangladesh and Nepal is very good. Nepal has enormous potential for increasing trade and economic relations and enhancing tourism with Bangladesh. We want to exploit the opportunities,” he added.