Metro rail mock-up coach in Dhaka, to be displayed after inauguration by PM 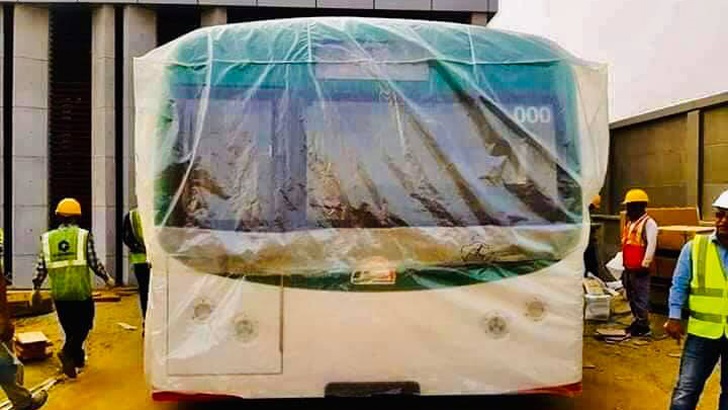 A replica or mock-up of metro rail has been brought to Dhaka to inform people about the new mode of public transport in Bangladesh.

The replica will be displayed after its inauguration by the Prime Minister Sheikh Hasina.

The mock-up train reached at the Uttara’s Diyabari depot of metro rail on Monday morning. The workers of metro rail uncover it after its arrival at the depot.

The display will start at the exhibition and information centre of MRT-6 in Dhaka's Uttara late next month.

MAN Siddique, managing director of DMTCL said they have brought the mock-up coach from Japan on December 26 last year and kept it inside the under-construction exhibition and information center at Uttara's Diabari.

"Today we have unpacked the [mock-up] coach and installed it at the base of the exhibition center so that other incomplete work can be done smoothly," he said.

All work will be completed soon and the mock-up coach will be opened for public in late next month, he added.