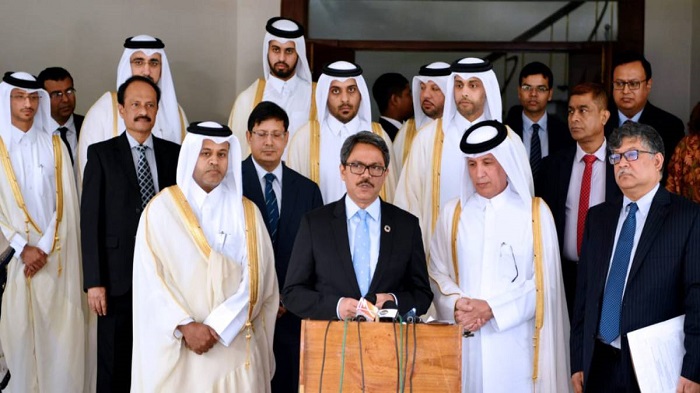 Bangladesh and Qatar on Monday discussed ways to strengthen commercial ties further between the two countries and send more workers there ahead of the FIFA World Cup to be held in Qatar in November-December, 2022.

The issues were discussed at the first Foreign Office Consultations (FOC) between Bangladesh and Qatar held at State guesthouse Meghna.

Talking to reporters after the FOC, State Minister Alam said over 3.5 lakh Bangladeshis are working in Qatar and they need more ahead of the FIFA World Cup there. “We’re exploring new areas to send people there.”

He said the Ministry of Expatriates’ Welfare and Overseas Employment will work extensively on the front.

Highlighting investment-friendly environment in the country, the State Minister discussed how a mechanism can be established to attract more investment in various ways, including through Qatar Fund for Development.

The State Minister also discussed signing of a number of MoUs between the two countries in the coming months, including one on avoidance of double taxation.

The two countries also discussed cooperation in the international forums under the UN.