Pep Guardiola to stick with City despite ban: reports 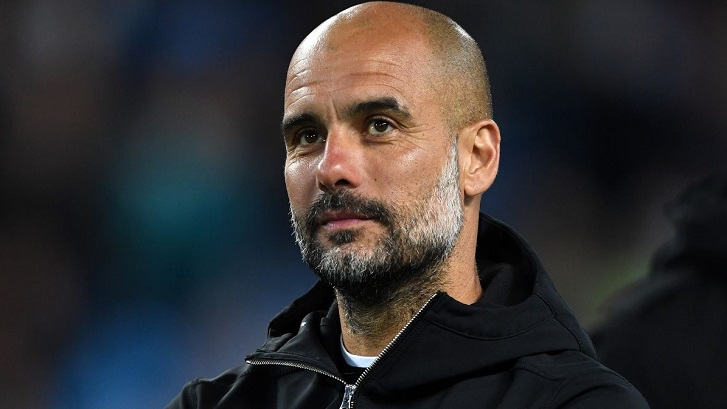 Pep Guardiola has told friends he is going to remain as manager of Manchester City even if the appeal against their two-year European football ban is rejected by the Court of Arbitration for Sport (CAS), according to media reports on Monday.

The 49-year-old Spaniard is said by The Times to have told both the City board and the players he will be staying despite the sanction and reported interest from Serie A champions Juventus.

Guardiola, who has been at City for four years, told the players of his intention at a meeting on Saturday.

The paper said he was expected to announce he is staying at a press conference on Tuesday, the eve of their re-arranged Premier League match with West Ham.

However, it is far from certain he will hold one.

He and his West Ham counterpart David Moyes had already performed the pre-match media duties prior to the February 9 game being postponed due to Storm Ciara.

The Sun claims the former Barcelona and Bayern Munich manager has told friends he is going to at least see out his contract with the club which runs until 2021.

He is old friends with City executives Ferran Soriano and Txiki Begiristain and enjoys an amicable relationship with club chairman Khaldoon al Mubarak.

"He is not the kind of person whose first thought is to leave when things turn bad," sources close to Guardiola told The Daily Telegraph.

According to those sources Guardiola -- who was informed of the UEFA ruling prior to its official announcement when he returned from a break in Barcelona on Friday -- is "calm" about the ban.

Guardiola has won two Premier League titles, an FA Cup, and twice lifted the League Cup since arriving at the Etihad Stadium in 2016.

As for the players the Daily Mail says they will stay too, although the Telegraph state the opposite should the club lose the appeal.

England striker Raheem Sterling has been the subject of rumours surrounding a likely bid by Real Madrid -- who City face in the Champions League last 16 later this month.

However, agent Aidy Ward, who has represented Sterling since he was at school, told the Daily Mail his client was focused on City and not any transfer speculation.

"Raheem is solely focused on Manchester City and will not be distracted by any talk of transfers at the moment," said Ward.

The club, though, according to the Telegraph, will leave it up to the individuals once the decision on the appeal is delivered, which they believe will be in May.

"Everyone has been told they need to stay professional but also there is an understanding that they have their own decisions to make," said the source.

UEFA announced the sanction on Friday, with European football's governing body punishing City for what it said were "serious" financial fair-play breaches between 2012 and 2016.

The heavy sanctions relate to an alleged overstatement of sponsorship revenue in the club's efforts to comply with financial fair-play rules.