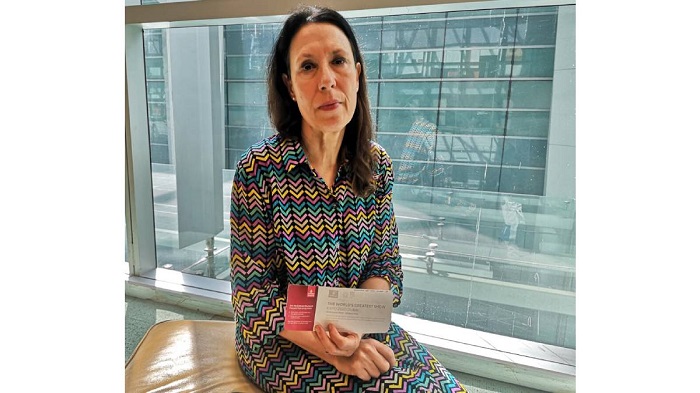 Indian officials denied a British lawmaker entry on Monday after she landed at New Delhi's Indira Gandhi International Airport, according to an accompanying aide.

Debbie Abrahams, a Labour Party Member of Parliament who chairs a parliamentary group focused on the disputed region of Kashmir, was unable to clear customs after the Indian visa she presented was rejected, the aide, Harpreet Upal, told The Associated Press.

Abrahams and Upal arrived at the airport on an Emirates flight from Dubai at 9 a.m. Abrahams said immigration officials did not cite any reason for denying her entry, but continued to shout that she didn't have a visa.

The visa she showed at customs, a copy of which was shared with the AP, permitted her to "attend technical/business meetings," and expired in October 2020.

A government official who requested anonymity because it was an immigration matter said the lawmaker wasn't allowed to enter India because her visa wasn't valid, information the official said she had already received "in another communication sent to her."

Abrahams , 59, has been a member of Parliament since 2011 and was on a two-day personal trip to India, to be followed by a three-day trip to the portion of Kashmir that Pakistan controls.

After India won independence from British rule in 1947, the Himalayan region of Kashmir was split between India and the newly formed country of Pakistan. The archrivals have fought two wars over the territory, both claiming it in its entirety.

In a phone interview with AP while awaiting her return flight to the U.K., Abrahams said that she'd be trying to organize a visit to India-controlled Kashmir with the India High Commission in London since October, but had been unsuccessful. She had, however, received permission to visit Pakistan-controlled Kashmir, and was planning to fly to Islamabad later this week.

"It was implied to me that it was linked to that," Abrahams said, referring to a conversation with officials at the U.K. High Commission in New Delhi.

"They were also aware of the trip to Pakistan. It looks as though politics is playing a part in this action," she said.

Abrahams has been an outspoken critic of the Indian government's move last August stripping Kashmir of its semi-autonomy and demoting it from a state to a federal territory.

Shortly after the changes to Kashmir's status were passed by India's Parliament, Abrahams wrote a letter to India's High Commissioner to the U.K., saying the action "betrays the trust of the people" of Kashmir.

Access to the region remains tight, with no foreign journalists allowed.

In a statement, Abrahams related her ordeal in Delhi.

"I tried to establish why the visa had been revoked and if I could get a 'visa on arrival' but no one seemed to know," she said. "Even the person who seemed to be in charge said he didn't know and was really sorry about what had happened. So now I am just waiting to be deported ... unless the Indian Government has a change of heart. I'm prepared to let the fact that I've been treated like a criminal go, and I hope they will let me visit my family and friends."