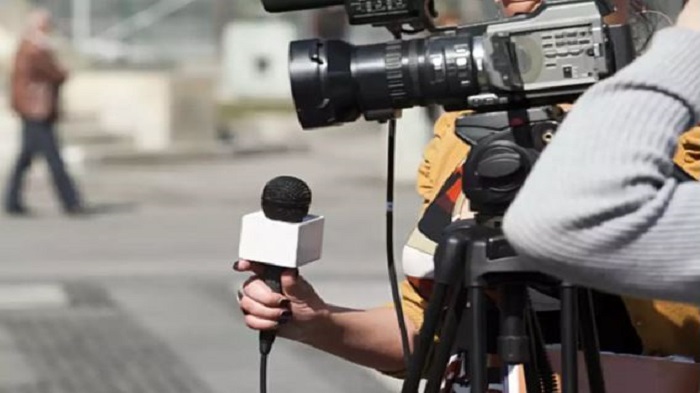 A Somali journalist has been shot dead near Mogadishu, police said Monday, in a country which has come under fire from rights groups over the harsh treatment and dangerous conditions facing reporters.

Freelance journalist Abdiweli Ali Hassan, was gunned down on Sunday in the town of Afgoye, some 30 kilometres (20 miles) from the capital.

"Several gunmen attacked the journalist near his house and killed him. The police reached the area a few minutes after the shooting unfortunately, the killers have escaped before they had reached the scene," local police officer Abdirahman Aweys said.

The journalist contributed to the London-based Somali channel Universal TV and the Mogadishu-based Kulmiye Radio Station.

The murder comes just days after Amnesty International said in a report that journalists in Somalia are "under siege", facing bombings, beatings, attacks and arrests.

"A surge in violent attacks, threats, harassment and intimidation of media workers is entrenching Somalia as one of the most dangerous places in the world to be a journalist," Amnesty said, calling on the government to take action.

However, Somalia's government rejected the report, calling it a "fabrication" and "ludicrous allegations", and accusing journalists who had fled the country of making up stories to secure asylum abroad.

At least eight journalists have been killed since 2017, and at least eight more fled the country fearing for their lives, the report said.

Reporters Without Borders ranks Somalia 164th out of 180 countries on its global list of press freedom, with more than 43 journalists killed over the past decade.