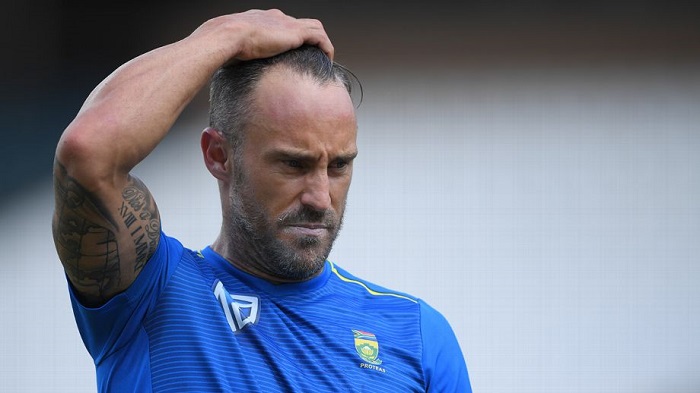 Faf du Plessis announced on Monday that he was stepping down as South Africa's cricket captain with immediate effect.

Du Plessis, 35, said he needed to take "a step back" from the captaincy in order to help the emergence of the next generation of leaders under Quinton de Kock.

De Kock led the team in recent one-day and Twenty20 internationals against England while Du Plessis was being rested.

It was announced last month that De Kock would be South Africa's long-term one-day captain but in Monday's statement, Du Plessis said he was also relinquishing the Test and T20 captaincy.

The announcement clears the way for De Kock to lead South Africa at the T20 World Cup in Australia in October and November and possibly to lead the Test team in a two-match series in the West Indies in July and August.