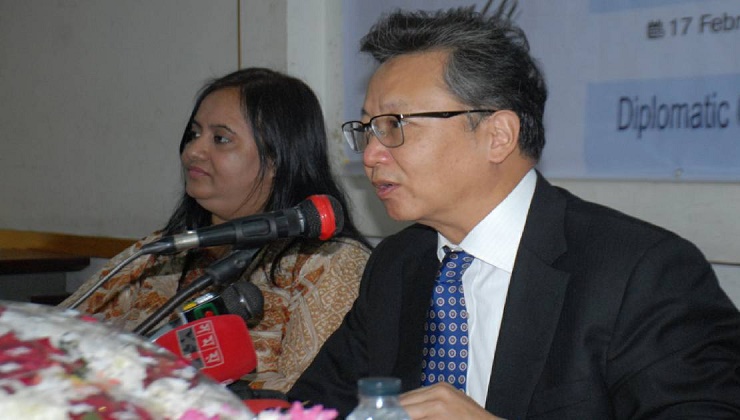 Chinese Ambassador to Bangladesh Li Jiming on Monday said that some technical issues were obstructing the return of remaining 171 Bangladeshis from Hubei province, the epicentre of a new virus outbreak.

Bangladesh brought back 312 of its nationals from China on February 1 and the remaining Bangladeshis registered to return home.

“I think permission is not a problem [but] there are some technical issues,” Jiming said while talking to diplomatic correspondents at DCAB Talk at Jatiya Press Club.

He said the Bangladesh Foreign Ministry had asked him to seek the opportunity to send them back.

“Bangladesh authorities are very responsible and the government is taking care of Bangladeshis. Permission (take back the Bangladeshis) can be issued from the Chinese side. It won’t be a problem,” he said but pointed out that there was no carrier.

“Bangladesh Airlines refuse to travel to China to bring back the Bangladeshis because if they did so, they’ll be banned by other countries. They’ll have to stop their business,” the ambassador noted.

He said China is also trying to offer some other alternatives, for example, some commercial flights and so on.

On Sunday, Foreign Minister Dr AK Abdul Momen said the government exploring options to bring back Bangladeshis from Hubei province but noted that it depended on the China’s permission.

A viral outbreak that began in China has infected more than 71,000 people globally and killed over 1,770 people.