7 persons charred to death in road mishap in northern India 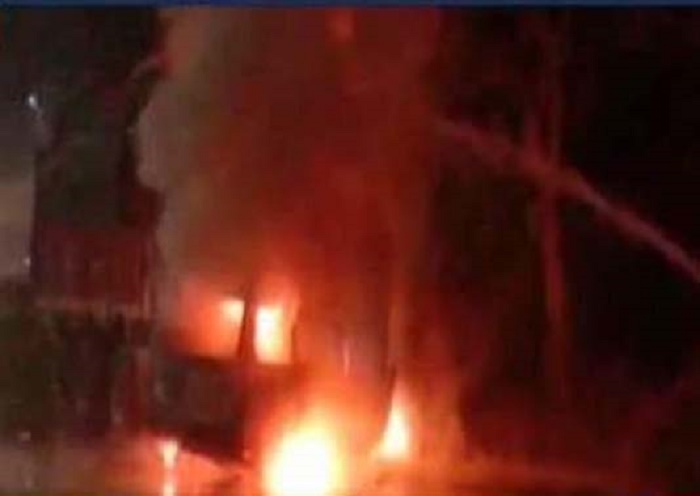 At least seven persons were charred to death in India’s northern state of Uttar Pradesh as their vehicle caught fire after colliding with a truck on Sunday night, a local cop confirmed on Monday morning.

According to the cop, the accident occurred after one of the tyres of the car burst and the driver lost control. As a result, the car collided with the truck coming from the opposite direction.

Immediately after the collision, the vehicle caught fire and the occupants did not manage to come out.

The mishap occurred in the state’s Unnao district, near the Lucknow-Agra Expressway.