Police yet to trace husband in Dakkhinkhan triple murder case 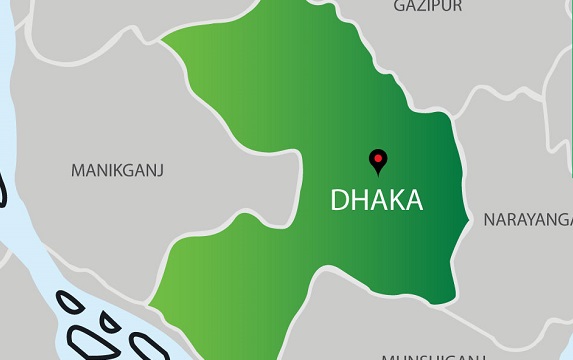 Police are yet to trace the suspected killer husband in connection with the killing of his wife and two children whose  bodies were found at their Dakkhinkhan residence on Thursday evening.

Being informed, Dakkhinkhan thana police recovered the bodies of Munni, 38, her son Farhan Uddin Bhuiyan, 12, and daughter Laiba, 3, from inside their rented flat located on the 3rd floor of a 5-storey building near KC School of Prembagan.

Primarily police suspected that the mother was killed with a blow to her head and the two children were strangled to death. They may have been murdered two or three days previously. Munni’s husband Rakib Uddin alias Liton, who is an official of Bangladesh Telecommunication Limited, remains missing.

Contacted, Deputy Commissioner (DC) of Uttara Division Nabid Kamal said they are yet to unearth the mystery behind the killing as the suspected killer Rakib is still absconding till Sunday evening. “We have been trying to arrest Rakib. Reason behind the killing could be ascertained after his arrest,” he said.

A police officer of Uttara division said a hammer and a diary were recovered searching the flat. A note was found in the diary and police suspected that the note was written by Rakib.  It said: “Bachchader merey fellam. Amar lash railline-e pawa jabey.( I have killed the children. My body will be found on the rail line).”

Munna, a brother of the victim Munni, filed a case with Dakkhinkhan police station against the lone accused Rakib on Friday night.