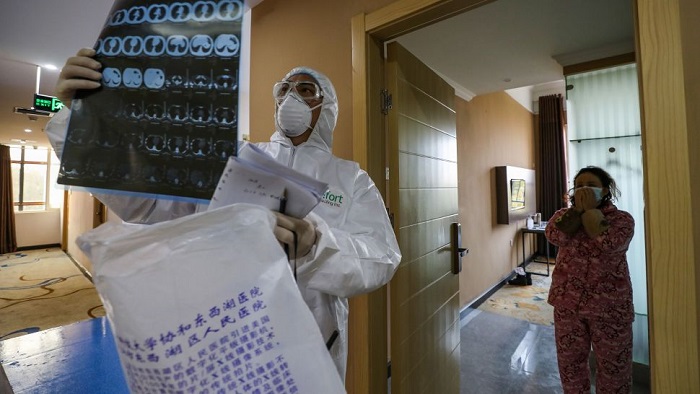 A 61-year-old man who had a history of diabetes and hepatitis B died of the coronavirus in Taiwan.

Malaysia says an 83-year-old American passenger of a cruise ship that docked in Cambodia tested positive twice for the virus.

Taiwan said that a 61-year-old man who had a history of diabetes and hepatitis B had died of the coronavirus.

The man, who died Saturday after nearly two weeks in a hospital, did not have a known history of traveling to mainland China, and health officials were investigating how he came to be infected.

News outlets in Taiwan reported that the man had worked as a taxi driver and could have been infected by a passenger. A male relative in his 50s who lived with the man was also infected, health officials said.

Taiwan has recorded 20 cases of the new coronavirus, and it has enacted strict limits on travel from the mainland to prevent further spread.