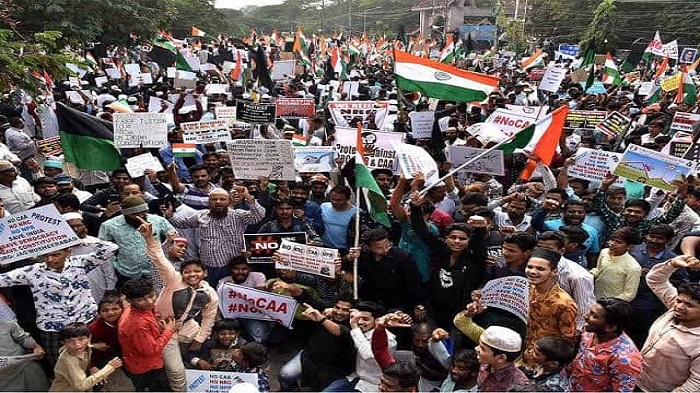 In wake of protest call given by the Joint Action Committee (JAC) against the denial of police permission for women’s sit in protest against CAA and NRC at Dharna Chowk, city was put on alert while many anti-CAA activists and members of JAC were detained at various places across Hyderabad.

After the noon prayers (Zohr), police forces were deployed at main junctions across city. JAC convener Mushtaq Malik was arrested from JAC office at Azampura and shifted to Osmania University police station. Another member of JAC, Moulana Mohammed Naseeruddin was placed under house arrest in Saidabad. Two DJS activists Salahuddin Affana and Omer were also detained at Saidabad.

Andhra Pardesh and Telangana Joint Action Committee against CAA/NRC and NPR had given a call to public to observe Sunday as “Day of Protest” (Youm-E-Ehtejaj), against the rejection of police permission to hold a day long women’s sit in protest at Dharna Chowk on February 16.