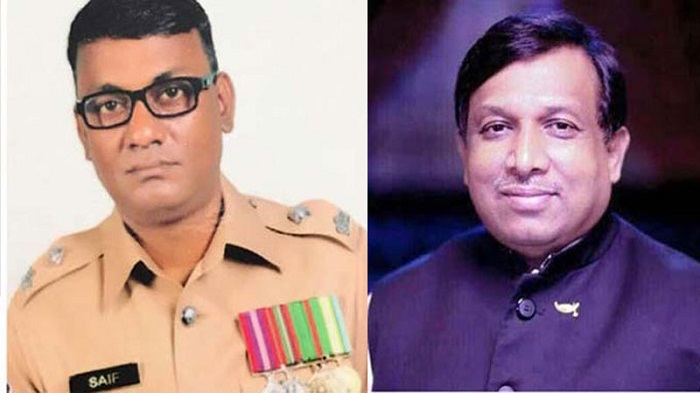 On September 24, the APBn inspector was suspended for allegedly making derogatory remarks about Shamsul Hoque Chowdhury on his Facebook page.

Shamsul, a lawmaker of Chattogram-12, in his complaint, alleged that Saiful Amin circulated false and fabricated information about him in the Facebook post.