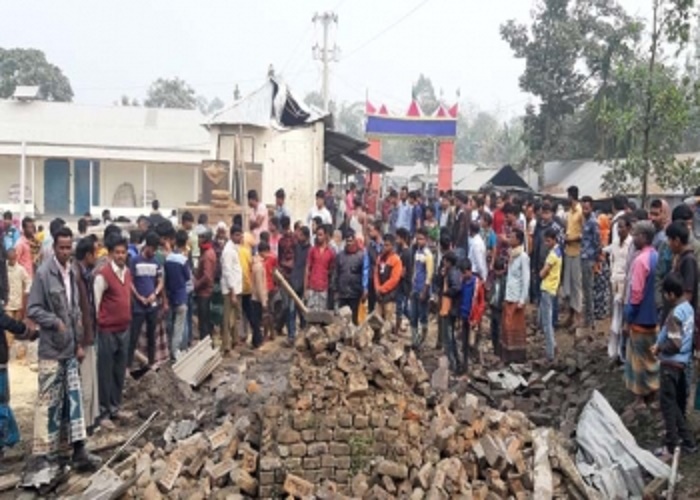 A worker was burnt to death and 9 others injured as a boiler of a mill exploded at Rajgaon village of Sadar upazila in Thakurgaon on Sunday morning.

The deceased was identified as Saleman Ali, 50, son of Abbas Ali, hailing from the area.

The injured were admitted to Thakurgaon Adhunik Sadar Hospital.

Confirming the news, Chitto Ranjan, officer-in-charge (OC) of Ruhia Police Station, said that the accident took place Bhai Bhai Hasking mill in the area this morning while they were boiling paddy, leaving Saleman dead on the spot and 9 others injured.