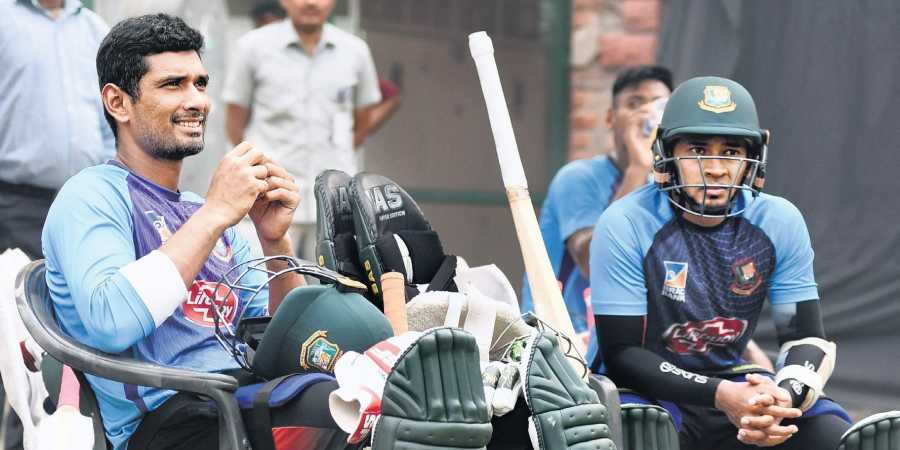 Bangladesh have dropped Mahmudullah Riyad, Soumya Sarkar, Shafiul Islam and Al Amin from the 16-man squad for the one-off Test against Zimbabwe, adding two few new faces in the squad.

However, Mushfiqur Rahim has returned to the Bangladesh squad. Rahim, who had opted out of the Pakistan tour as he wasn't comfortable travelling to Rawalpindi, is part of the 16-man squad announced by the BCB on Sunday.

Meanwhile, Mahmudullah has been asked to focus on the limited-overs formats while being axed from the Test side. In his last 10 Test innings, Mahmudullah has scored only one half century, an innings of 67 against New Zealand in Wellington in March 2019.

Mehidy Hasan and Mustafizur Rahman also find a place in the squad along with Taskin Ahmed, who last played a Test in 2017. The selectors have also handed maiden call-ups to middle-order batsman Yasir Ali and medium pacer Hasan Mahmud.

"I believe we have selected the best possible Test squad under present circumstances. There is a very nice blend of experience and potential," Abedin said. "It is unfortunate that some players had to miss out but our priority has been to ensure balance and continuity.

"We felt that Mahmudullah needed a break from the red ball. Al-Amin has niggles and that's why we thought he should be given the time to be fully ready for the limited overs matches where he is more important. Rubel is not part of our red ball plans for the moment. Soumya had applied for a leave and therefore has not been considered. We think Hasan Mahmud and Yasir Ali Chowdhury have tremendous potential and they are very much part of our future plans."

After starting their tour with a two-day warm-up game against BCB XI, Zimbabwe will play the only Test from February 22. The two sides will then play three ODIs and two T20Is from March 1.