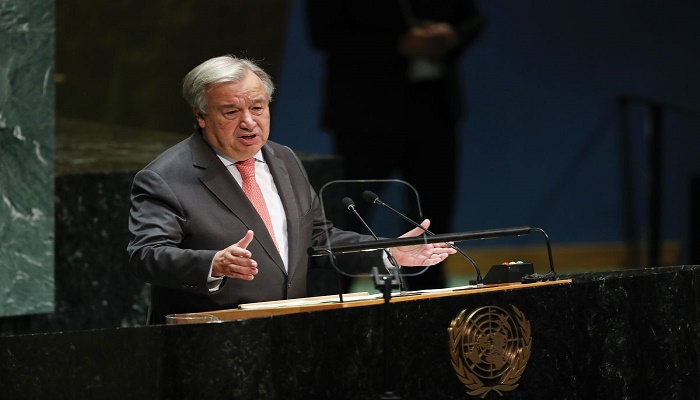 UN Secretary-General Antonio Guterres arrived on Sunday on his first official visit to Pakistan to attend an international conference on Afghan refugees.

Guterres will also be visiting the holy Sikh shrine in Kartarpur.

During his visit, the UN chief will speak at the international conference ’40 Years of Hosting Afghan Refugees in Pakistan’, Dawn news reported.

The two-day conference in Islamabad, starting on February 17, will be a recognition of Pakistan’s “tremendous generosity” in hosting millions of refugees from Afghanistan over four decades, his spokesman Stephane Dujarric said during a regular noon briefing at the UN Headquarters in New York on Friday.

He will visit Gurdwara Kartarpur Sahib before returning to New York on February 19.