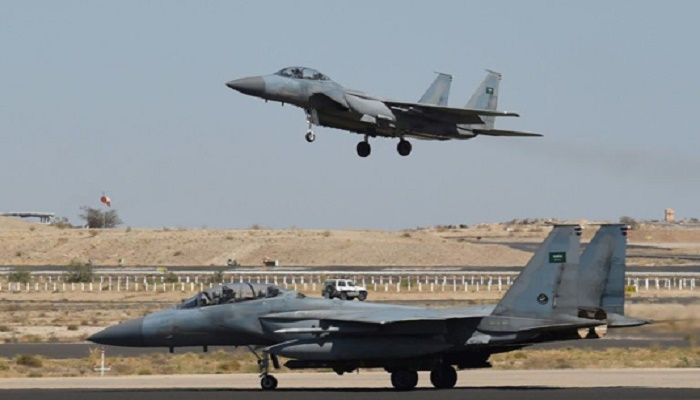 Thirty-one people were killed in air strikes on Yemen Saturday, the United Nations said, the victims of an apparent Saudi-led retaliation after Iran-backed Huthi rebels claimed to have shot down one of its jets, reports AFP.

The Tornado aircraft came down Friday in northern Al-Jawf province during an operation to support government forces, a rare shooting down that prompted operations in the area by a Saudi-led military coalition fighting the rebels.

The deadly violence follows an upsurge in fighting in northern Yemen between the warring parties that threatens to worsen the war-battered country’s humanitarian crisis.

“Preliminary field reports indicate that on February 15 as many as 31 civilians were killed and 12 others injured in strikes that hit Al-Hayjah area… in Al-Jawf governorate,” the office of the UN humanitarian coordinator for Yemen said in a statement.