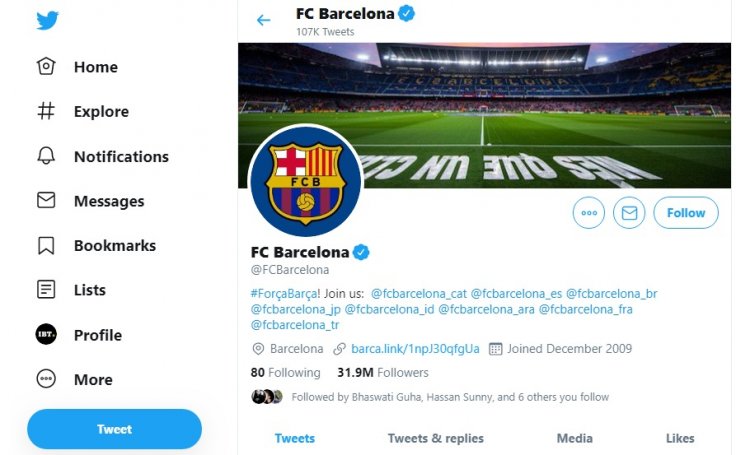 Barcelona's Twitter accounts were hacked after the team's 2-1 home win over Getafe in the Spanish league on Saturday.

A group calling itself "OurMine" took over Barcelona's accounts and posted a fake image hinting that the club had re-signed Brazilian forward Neymar.

It also posted a message noting that it was the second time it had hacked the club. It said that "the security level is better but still not the best," and added information on how it could be contacted to help "improve" the accounts' security.

The messages were later deleted and Barcelona eventually retook control of its accounts.

The group had also hacked Barcelona in 2017.

Some of the Twitter accounts belonging to the International Olympic Committee also were hacked by the same group on Saturday, with similar messages.