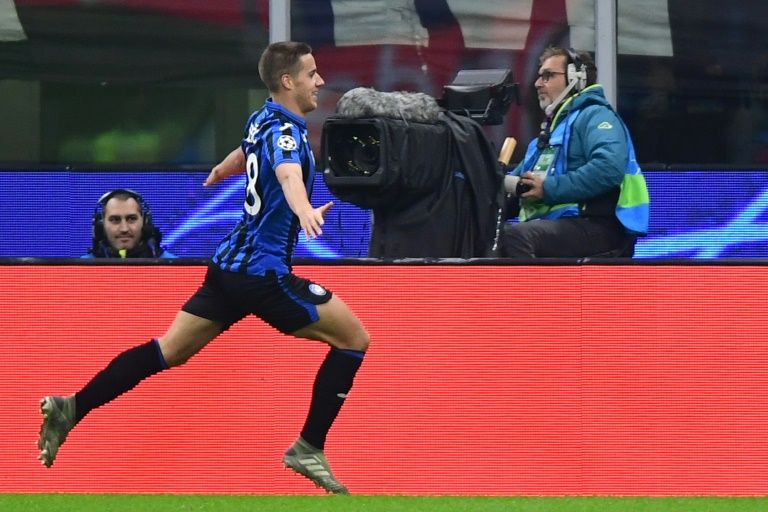 Mario Pasalic scored the winner seconds after coming off the bench as Atalanta came from behind to beat Roma 2-1 and consolidate fourth place in Serie A on Saturday at the expense of their Champions League rivals from the capital.

The Croatia midfielder came on just before the hour mark in Bergamo to fire in the crucial goal 19 seconds later, to boost confidence ahead of his side’s first ever Champions League last 16 game against Valencia, not at their home 21,300-seater Gewiss Stadium, but at the much larger San Siro next week.

“This is an important victory,” said Atalanta coach Gianpiero Gasperini.

“Against a side like Roma this advantage is not definitive. They are a strong team, but in us there is the belief that we can finish in front.”

In three-team title race, Inter are ahead of Juventus on goal difference with Lazio just a further point behind.

The champions host Brescia on Sunday.

Josip Ilicic had threatened after half an hour for the hosts, firing wide, with a Rafael Toloi overhead kick off target minutes later.

But it was Roma who broke through first with Edin Dzeko pouncing on a defensive blunder from Jose Luis Palomino.

Dzeko dispossessed the centre-back to rifle in past a helpless Pierluigi Golini in the Atalanta goal.

Palomino made up for his earlier error just after the break volleying in the equaliser in a move started off a Papu Gomez corner.

On-loan Chelsea playmaker Pasalic came on for Duvan Zapata after 59 minutes and curled in to seal the three points.

Atalanta pull six points ahead of fifth-placed Roma, who fell to their third consecutive defeat for the first time this season.

Paulo Fonseca’s side have taken just four points in seven games this year.

“It is not a physical, but a mental problem,” said Fonseca.

“Right now it is important to work on the players’ heads.

“We have to believe we can get out of this situation.

“There are still 14 games left, I think it is possible to fix it, even if it is difficult.”

Earlier, Bologna missed the chance to move into the Europa League berths finishing with nine men against Genoa who won 3-0 for their first away success in over a year.

Defender Adama Soumaoro scored in his second game for Genoa since his loan move from Lille, tapping in an Andrea Masiello’s cross after 28 minutes.

Bologna’s Jerdy Schouten was sent off minutes later for a dangerous tackle on Valon Behrami.

Antonio Sanabria got the second just before the break following a stunning run from his own half.

Bologna’s woes were compounded when Stefano Denswil was sent off for a second yellow card late with Domenico Criscito converting from the spot on 90 minutes as Genoa got their first win on the road since January 2019.

Luigi Biagio’s first game as SPAL coach ended in a 2-1 loss at Lecce.

Juventus return to their home comforts of Turin on Sunday, after a poor away run, hosting struggling Brescia with top spot in Serie A at stake as title rivals Inter Milan and Lazio go head-to-head in Rome.