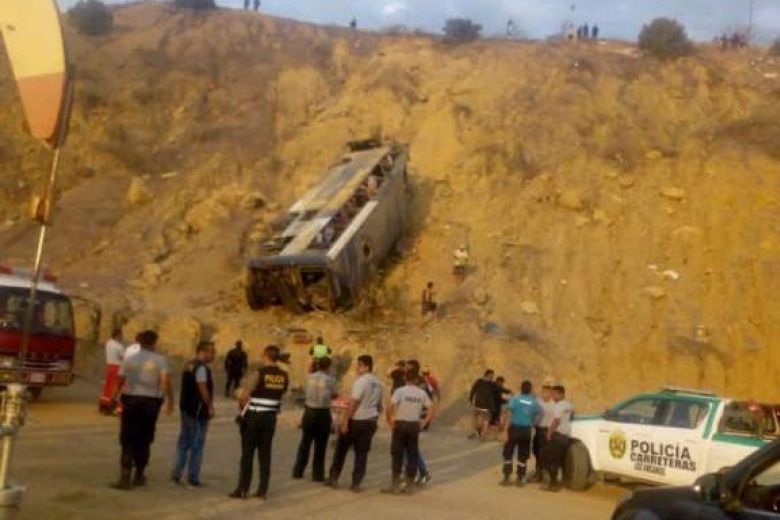 The bus, which had left from Lima, fell 15 meters (50 feet) from a stretch of the Panamerican Highway in northern Peru and the impact of the fall ripped away its roof, police said. Nearly 40 people were injured.

The bus was carrying supporters of a team called Barcelona de Guayaquil, which played the Peruvian side Sporting Cristal on Thursday in Lima.

Ecuadoran President Lenin Moreno expressed his condolences on Twitter and pledged government help for the injured and the families of the deceased.

Peru's highways are notoriously hazardous because of their many dangerous curves, poor maintenance, insufficient signage, drivers that speed and scanty police presence.

Traffic accidents on those roads claim an average of nine lives a day, according to government figures.

That is more than the number of fatalities from street crime, even though the latter ranks first in polls of what Peruvians are most concerned about.