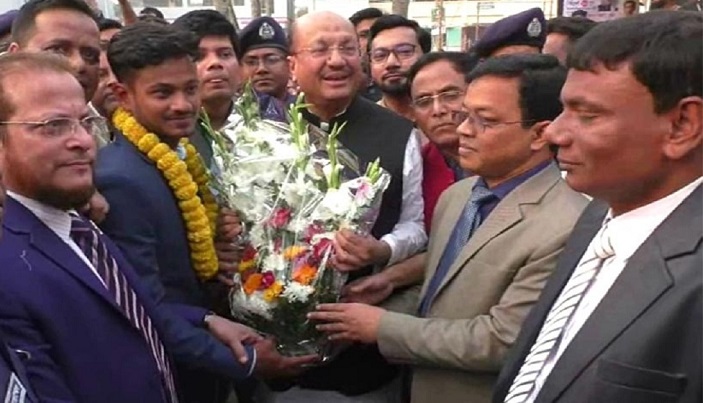 Earlier, people from all walks of life greeted Mahmudul Hasan after his arrival at his village home ‘Uttar Gram’.

The villagers arranged a reception for him at Uttar Gram Government Primary School ground.

Reception was also accorded to him at Rajapur Union Parishad. Local UP Chairman Golam Mostafa and Engineer Idris Mehedi were present, among others.