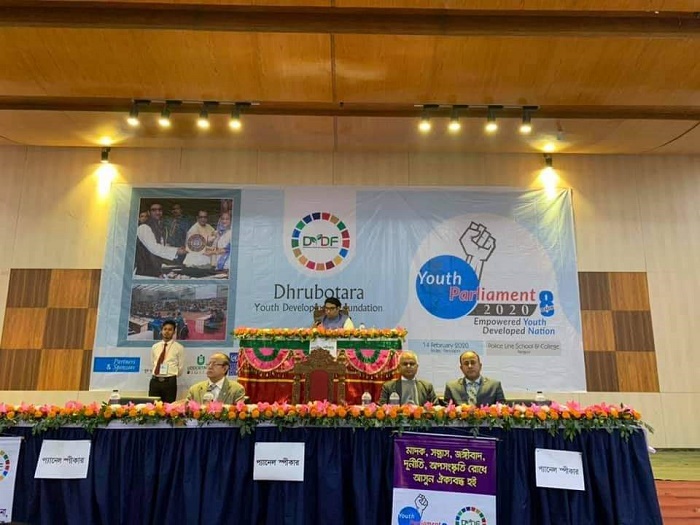 The 8th National Youth Parliament following the model of National Parliament was held at Police Lines School & College in Rangpur on Friday.

Former secretary of secondary and higher secondary division of the education ministry and chairman Drubotara Youth Development Foundation (DYDF) Nazrul Islam Khan inaugurated the day-long event as the chief guest in the morning orgainsed by DYDF, a non-government organisation.

Speakers said the youths are the changemakers of the society and they will build the future of the country.

The youth parliamentarian forum will play a significant role for the socio-economic development of the region as well as the country, they also observed.

Four sessions were held in this year’s Youth Parliament.

Advisor of Former Caretaker Government, Sultana Kamal was present in the parliament session as the President.

About 300 youths from different parts of the country joined the session. They led the role of the ruling and the opposition party in the session.