Break the deadlock on the meaning of secularism, writes Mark Tully 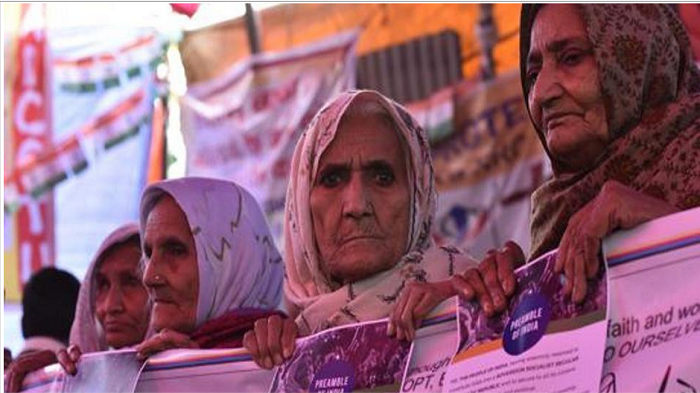 Just before the Delhi election campaign got underway, the president and his predecessor both stressed the importance of debate and discussion in a democracy. Speaking at TheIndian Express’ Ramnath Goenka Excellence in Journalism Awards, President Ram Nath Kovind said: “A democracy like ours deeply relies on uncovering facts and the willingness to debate them.” Giving the first Sukumar Sen Memorial Lecture, in memory of India’s first chief election commissioner, former President Pranab Mukherjee said: “Democracy depends on listening, deliberating, discussing, arguing, and even dissent”.

Ignoring this presidential wisdom, the standard of the debate and discussion in the Delhi election sunk to levels lower than I can remember in any Indian election I have witnessed. That view was echoed by other experienced journalists during the campaign and the vote counting. Perhaps it was the west Delhi Member of Parliament Parvesh Verma who plumbed the lowest depth when he alleged that the Shaheen Bagh demonstrators could enter people’s houses to rape and kill their sisters and daughters. Mind you, Arvind Kejriwal did not raise the level of the campaign’s debate when he insulted the Bharatiya Janata Party (BJP) leaders by describing them as “farzi Hindus” who couldn’t recite the Hanuman Chalisa.

The BJP’s election campaign in Delhi centred on the issue of nationalism and a perceived threat to the unity of India. The Shaheen Bagh demonstrators were portrayed as anti-national, tukde tukdewallahs. The depths to which the Delhi election sunk surely indicate the need for a serious and sober debate on the subject of secularism, which became central to the discussions on nationalism in the years leading up to Independence and remains so . The BJP, for instance, needs to clarify how the claim in its 1999 election manifesto that the true meaning of Hindutva is consistent with the true meaning and definition of secularism can be justified.

The Congress needs to be able to argue that its secularism accommodates Hinduism and is not just an ideology rooted in the West. To do that the Congress might turn to Sarojini Naidu, the poet-politician who was the first woman president of the Indian National Congress, and was imprisoned three times during the freedom movement. Naidu said, “Religion at its best had given the Hindu civilisation that immutable quality of spiritual vitality that had made India survive all dynasties. As the logical sequence from that personal human vision of love and that personal spiritual vision of faith must come the highest of all visions, the vision of patriotism”.

It seems to me that a vision of nationalism which involves arousing the fear that tukde tukdewallahs are threatening the unity of India is, in fact, anti-national. It denigrates India by suggesting that the bonds which bind the nation together are so weak there is a danger that they will be broken. A secularism which does not find a place for the role Sarojini Naidu said Hinduism had played in India’s history is failing to recognise the unique contribution Hinduism has made in the past, and can play both in the present as well as the future.

Why is there a deadlock between the BJP and the Congress view of secularism? Why is there no meaningful debate among politicians on this fundamental issue? In her book, Indian Secularism, A Social and Intellectual History, the historian Shabnum Tejani suggests it is because secularism and communalism have been “locked in binary opposition”. This should not be so, she argues, because “secularism is not a stable, predetermined universal category but one whose meaning is particular to its historical context.”

Surely the time has come to break this deadlock by debating secularism in an attempt to find an ideology or ideologies of secularism and hence of nationalism relevant to today’s context.