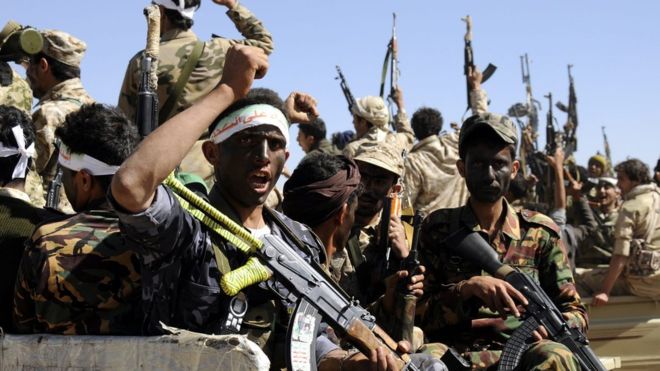 A warplane belonging to the Saudi-led coalition fighting in Yemen has crashed in the northern province of al-Jawf.

A coalition spokesman confirmed that a Saudi Tornado fighter jet had "fallen" while carrying out a support mission near Yemeni army units, according to Saudi Arabia's state news agency SPA.

Yemen's Houthi rebels said they shot down the plane.

The Saudi-led coalition has been battling the rebel Houthi movement since 2015.

It intervened after the Houthis ousted the internationally-recognised government from power in the capital Sanaa.

The Houthi rebels said they used ground-to-air missiles to down the warplane on Friday night. They also accused the coalition of killing 30 people in airstrikes in al-Jawf on Saturday.