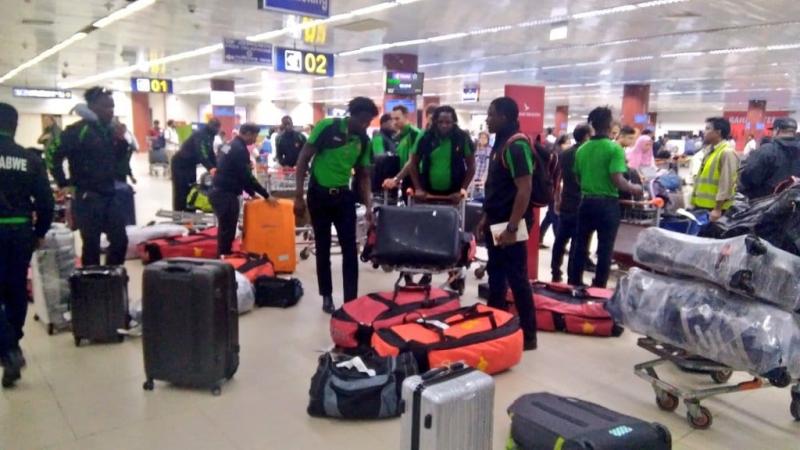 They reached the Hazrat Shahjalal International Airport in Dhaka at 4:50pm.

Before the main series, Zimbabwe will play a two-day practice game starting from February 18 at Bangladesh Krira Shikkha Protishtan (BKSP). The opponent of this game is yet to be announced by Bangladesh Cricket Board (BCB).

The series will begin with the one-off Test from February 22 at Sher-e-Bangla National Cricket Stadium. After that, both teams will travel to Sylhet to the play the ODI series.

The first ODI will take place on March 1, while the other two will be played on March 3, and 6 at Sylhet International Stadium. First two matches of the ODI series will begin at 1pm while the last one will begin at 2pm.

The two-match T20Is series will be played at Sher-e-Bangla National Cricket Stadium on March 9 and 11. Both matches will begin at 6pm.