US, Taliban reach truce, paving way for US withdrawal 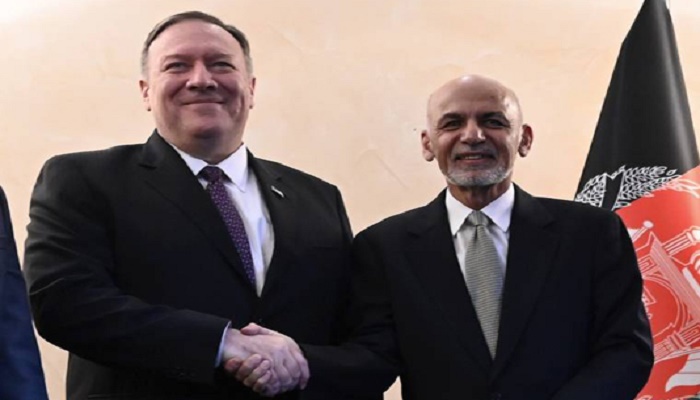 The United States and the Taliban have agreed on a weeklong reduction of violence that could pave the way for a US troop withdrawal from Afghanistan, a senior US official said Friday, while cautioning that US troop reductions will be conditioned on the Taliban’s meeting commitments, reports AFP.

The deal was struck after protracted negotiations in the Qatari capital Doha and was announced after a meeting between US Secretary of State Mike Pompeo, Defense Secretary Mark Esper and Afghan President Ashraf Ghani on the sidelines of the Munich Security Conference.

The US administration official said the violence reduction pact was very “specific” and covered the entire country, including Afghan government forces.

The truce marks a milestone in efforts to end the 18 years of US military presence in Afghanistan, and could pave the way for an agreement by the end of this month on a US troop withdrawal.

The peace agreement, according to the US official, would call for a nationwide cease-fire, negotiations between the Afghan government and the Taliban and a commitment from the Taliban not to harbor terrorist groups, while setting a timetable for a US troop withdrawal.

“Should the Talibs implement what they’ve committed to doing, we will move forward with the agreement,” the offical told reporters in Munich.

The seven-day period has yet to begin, but will take effect soon, the offical said.