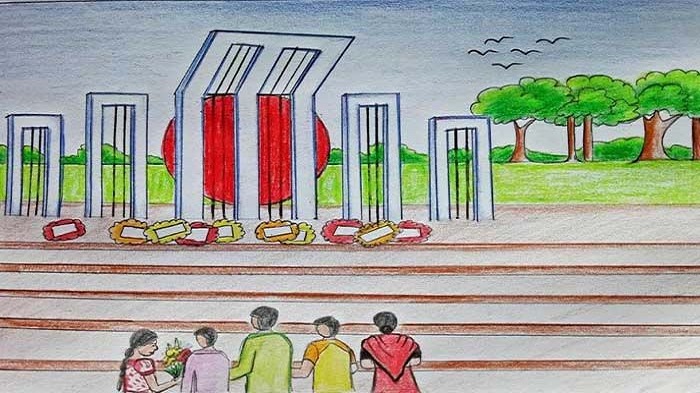 Nearly one-third educational institutions in Jashore district do not have Shaheed Minars, depriving the students from paying respect to the Language Movement martyrs.

Among the educational institutions that have Shaheed Minars, the conditions of some are dilapidated.

Students at some of these institutions build makeshift Shaheed Minars to pay tribute to the bravehearts who laid down their lives to secure the Bangalis’ right to speak in their mother tongue in 1952.

“We can’t pay respect to the Language Movement martyrs on February 21 since there’s no Shaheed Minar at our school,” said Sumaiya Akter, a student of Dattapara Government Primary School in the Sadar Upazila.

Abdul Jabbar, the school’s headmaster, said it was true that they did not have a Shaheed Minar. “Having one is necessary,” he said. “We’re taking initiative to build one.”

Jabbar said they could not construct a Shaheed Minar as they did not get any fund from the government.

Sadar Upazila Education Officer Kamruzzaman Jahangir said 77 educational institutions in the Sadar upazila lack Shaheed Minars. “We’ve prepared a list of these institutions and sent it to the district education officer,” he said.

Additional Deputy Commissioner (education and ICT) Shammi Islam said many schools could not construct Shaheed Minars for the lack of space.