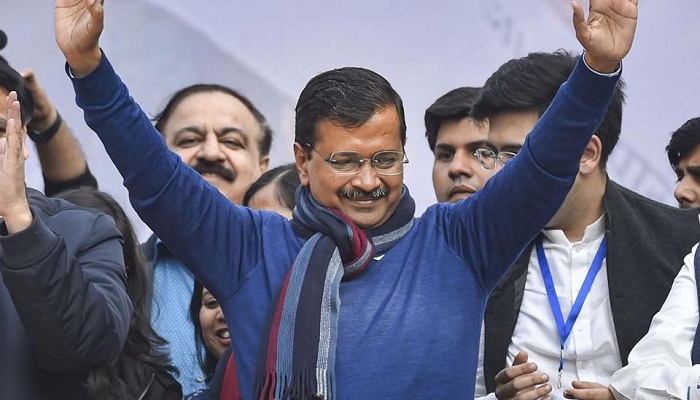 Delhi Police have issued a traffic advisory for Sunday when the Aam Aadmi Party (AAP) leader Arvind Kejriwal is all set to take oath for the third time as the chief minister, reports Hindustan Times.

The ceremony is scheduled at the Ramlila Ground in the national capital and traffic regulations will be in place in the area from 8am to 2pm, officials said.

In an advisory, police said people will have to park their cars at the Civic Centre and behind it. Buses will have to be parked on Mata Sundri Road, Power House Road, Velodrome Road, Rajghat parking, Shanti Van parking and service roads in Rajghat and Samta Sthal as per requirements, the advisory said.

The ruling AAP registered a landslide victory in the Delhi assembly elections 2020 as won 62 seats in the 70-member Delhi assembly.

The Bharatiya Janata Party (BJP) managed eight seats and the Congress failed to win any seat in the Delhi elections.