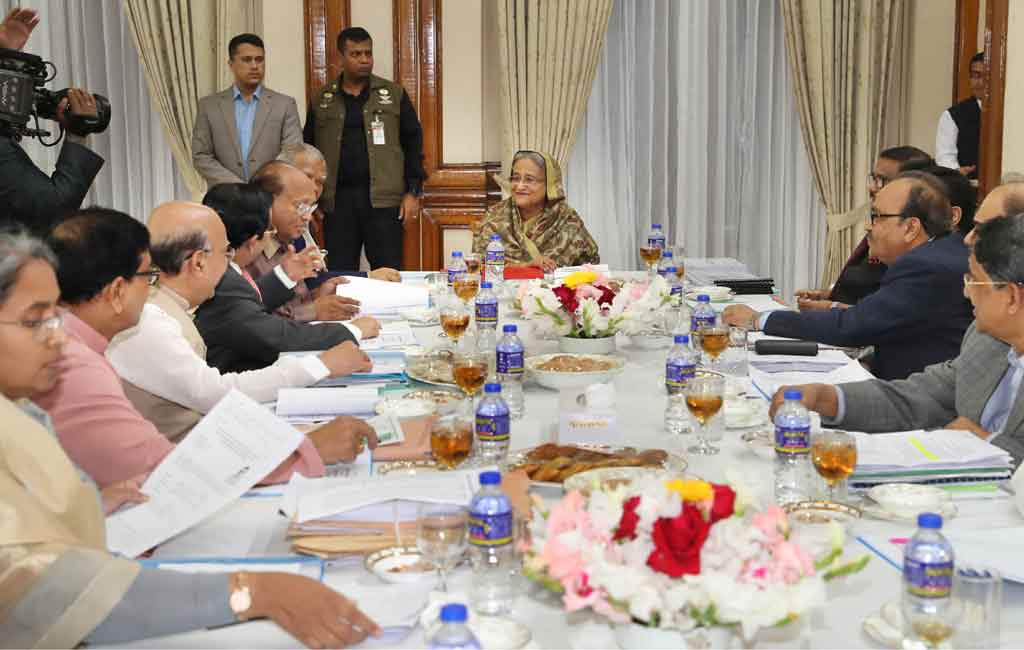 The ruling Awami League is set to finalise its candidates on Saturday for the race in the polls to the 5 Jatiya Sangsad seats and Chittagong City Corporation.

To select the candidate, the party called a joint meeting of Parliamentary Board and Local Government Nomination Board at Prime Minister Sheikh Hasina’s official Ganabhaban residence this evening.

AL President and Parliamentary Board and Local Government Nomination Board President and Prime Minister Sheikh Hasina will chair the meeting at 7.00 pm.

AL General Secretary and Road Transport and Bridges Minister Obaidul Quader requested all to attend the meeting by 6.00 pm.

The names of the prospective mayoral candidates will be announced followed by a nomination board meeting, party sources said.

Earlier, a total of 78 aspirants collected application forms to get Awami League (AL) tickets to contest in the by-election to five parliamentary seats.

The polls will be held in Dhaka-10, Gaibandha-3 and Bagerhat-4 on March 21 while the polls dates for Bagura-1 and Jashore-6 are yet to be announced.

The AL started distribution of application forms on February 8 at the AL president’s Dhanmondi political office.

Friday was the last date for party’s form collection and submission.