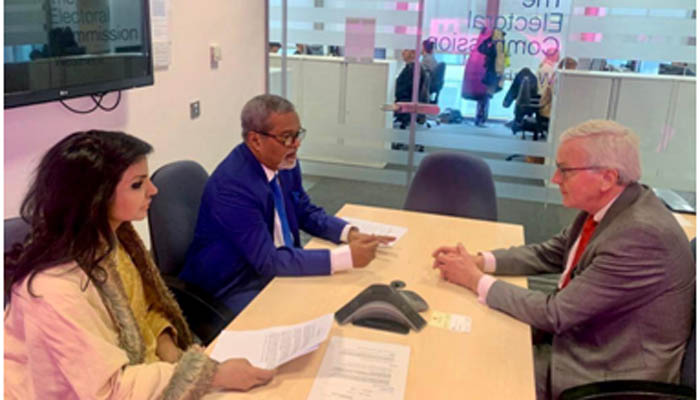 John Holmes came up with the appreciation when Bangladesh’s Chief Election Commissioner (CEC) KM Nurul Huda called on his counterpart on Wednesday in London.

Bangladesh High Commissioner for the UK and Ireland Saida Muna Tasneem was present at the meeting.

Sir John Holmes expressed hope that UK too would be modernising and digitalising its electoral process, which is currently manual.

During the meeting, CEC KM Nurul Huda and Sir John Holmes exchanged views on the best practices, challenges and conduct of elections in their respective countries.