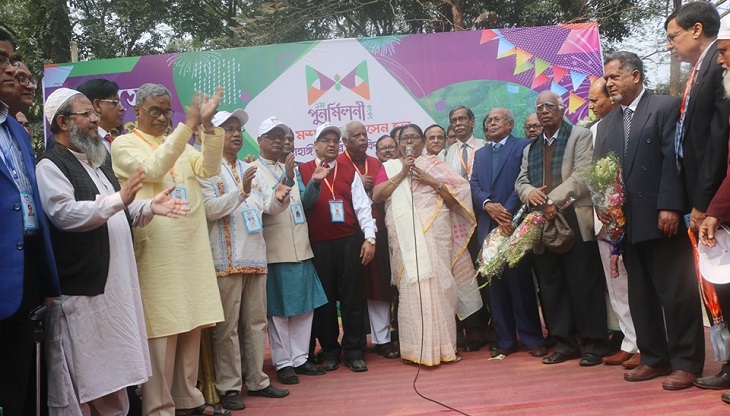 The first reunion of the Mir Mosharraf Hossain Hall of Jahangirnagar University (JU) was held on the campus on Friday amid much festive and fanfare manner.

JU Vice Chancellor Professor Farzana Islam inaugurated the daylong programme at the hall premises as chief guest around 10 am in the morning.

Marking the day the students of the hall brought out a colorful rally from hall premises. After parading different streets of the campus the rally terminated at the same place.

More than three thousands of former and current students of the hall took part at the rally while Vice Chancellor Prof Farzana Islam attended the rally as the chief guest.