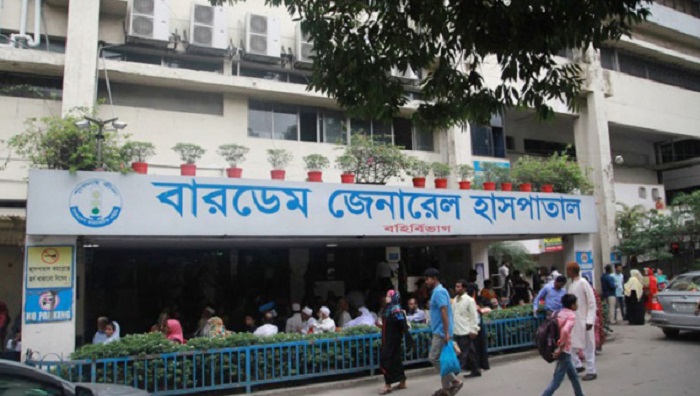 Police recovered the body of a doctor from a room of a hospital in Matuail area of Dhaka on Friday.

The deceased was identified as Mobarak Karim, a doctor of anesthesia department of BIRDEM General Hospital.

He said, “Law enforcers recovered the hanging body of the deceased from a room of Friendship Specialised Hospital and Digital Diagnostic Center in the city’s Matuail area at around 12:00 noon.”

On receiving information, A Jamal, director at Matuail’s Friendship Specialised Hospital and Digital Diagnostic Center, uses the room, where the victim’s body was found.

The body was sent to the morgue of Sir Salimullah Medical College Hospital (Mitford Hospital) for an autopsy, he said.

Mainul Islam, brother-in-law of the victim, claimed that he was murdered.

He told the daily sun, director Jamal called Dr Mobarak on Thursday afternoon over telephone. He (Dr Mobarak) visited him after getting the phone call. His mobile phone remained switched off since Friday evening.

“I have heard that police found scar marks around his neck. He might have been murdered,” he added.

Mainul also claimed that director Jamal of the Matuail’s hospital remained absconding since the incident.

Officer-in-charge of Demra Police Station told the daily sun, “I have heard that the duty officer recovered a body of a doctor from a Matuail’s hospital on Friday noon. As law enforcers recovered the victim’s body after breaking down the door of a room of the hospital, there will be an investigation.”

“However, we primarily suspect that it is a suicide case. The details of the incident can be unearthed after we receive the postmortem report,” the OC added.