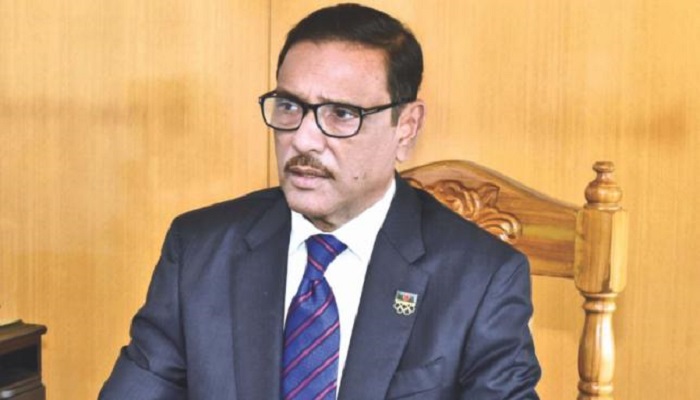 “The case filed against Begum Zia was not political, so the granting of bail to her is totally depends on the court not upon the government,” he told a press conference at Awami League President’s political office at Dhanmondi.

Urging the BNP to make positive politics by avoiding conflict, violence and revenge, Quader said then public support for BNP will increase.

Replying to a query, he said the graft case against the BNP chief was filed during the caretaker government. So, the case is not political and the government has nothing to do to grant bail to her (Begum Zia).

Criticizing the BNP leader, Quader said the statement made by the BNP leaders about Begum Zia’s physical condition did not match with the report provided by the physicians.