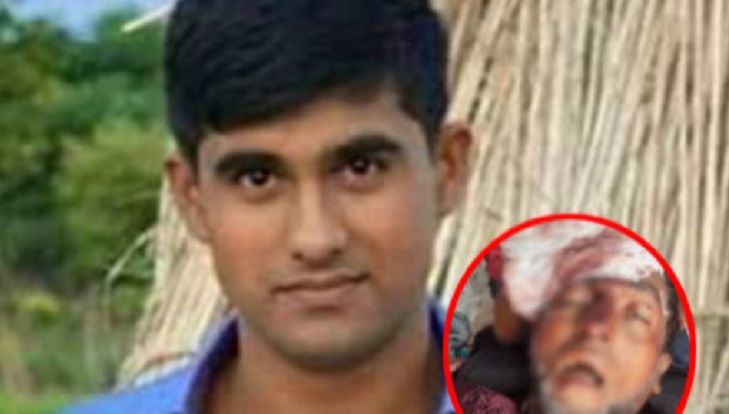 The killer son Shuvo and the murdered father Amir Hossain

Son chopped his father to death for money at Nabinagar municipality area in Brahmanbaria on Friday morning. The killer son has been at large after the incident.

The matter took place at around 11:00am at Pashchimpara under ward no 2 in the municipality.

Witnesses said, son Shuvo, 25, has been demanding Tk 5,000 from his father Amir Hossain, 50, an ex-army member, for several days for starting a business. They locked into a quarrel as his father refused to give the money. At one stage, Shuvo chopped his father indiscriminately, leaving him injured.

Locals took him to the Nabinagar Government Hospital but the incumbent doctors referred him to the Dhaka Medical College and Hospital (DMCH) for better treatment. He has died on his way to Dhaka.

Officer-in-charge Ranjit Roy of Nabinagar Thana confirming the matter said, “The dead body has been sent to the district hospital for autopsy.”