Masterminds behind attack on NEWS24 journalists still at large 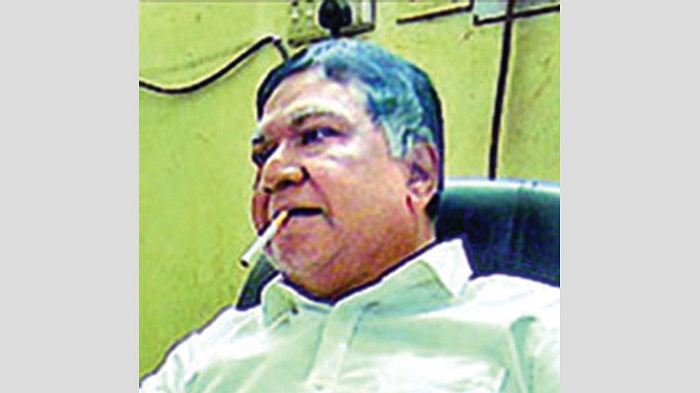 Masterminds behind the attack on the NEWS24 journalists remain at large after three days of the incident in the capital’s Nayabazar area.

Some miscreants carried out the attack on the two journalists of the TV channel while they were covering a drive of the Customs Bond Commissionerate (CBC) on Tuesday noon.

Police termed the attack ‘a pre-planned one but the complainant did not mention the names of the masterminds in the case.

“The attack on the journalists was pre-planned. We have been investigating the case to unearth the names of the masterminds,” Bangshal Police Station’s Officer-in-Charge (OC) Shahin Fakir told the daily sun.

Police have so far arrested five suspects in connection with the attack.

Staff reporter Fakhrul Islam and cameraman Sheikh Jalal of the TV channel came under the attack by a group of people allegedly involved in bond facility misuse at Nayabazar.  Fakhrul on that day filed a case against 70 to 80 unknown people with the police station.

Locals said the Bangladesh Paper Merchants Association is being controlled by Abul Hossain.

Locals suspect that Abul Hossain might be involved behind the attack due to his strong influence in the paper business.

Sources said whenever the CBC goes for the raids, the bond abusers try to thwart the drives.

After the latest attack on the two journalists, newspapers ran stories mentioning the name of Abul Hossain as the key mastermind of the attack.

Asked about Abul Hossain, the OC said the complainant did not mention his name in the case.

“We have not arrested him till now as the arrestees and the complainant have not mentioned Abul Hossain’s name,” he said.

Our investigation will dig out everything and the perpetrators behind the attack will be arrested, he said.

During a primary interrogation, the arrestees told police that they targeted the journalists of the channel as it used to cover reports during the drive of the CBC.

However, the OC said police on Thursday morning arrested another attacker from Old Dhaka.

The arrestee, identified as Mohammad Faruk, beat up the journalists, vandalised the vehicle of the channel and snatched away the camera.

The camera was dumped in a drain. As per his information, police recovered the broken camera.

Investigating Officer (IO) of the case Nur Alam Mia told the daily sun that Faruk was produced before a Dhaka court and the court sent him to jail.

Nur Alam, in-charge of Bangshal Police Outpost, also said that he was trying his best to arrest the other attackers.

Against the backdrop, the bond abusers on Thursday enforced a strike in the area, terming the drive of the CBC ‘illegal‘.