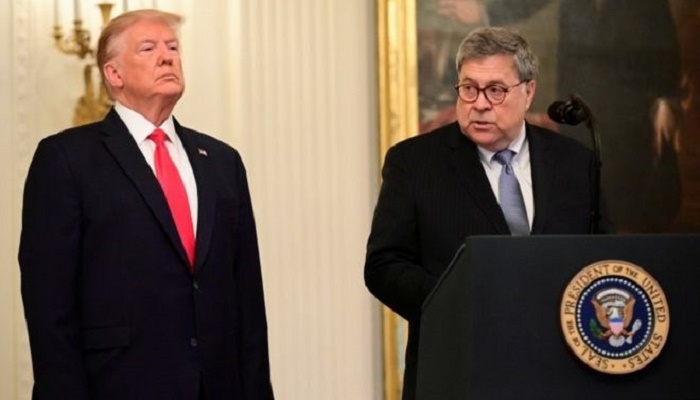 US Attorney General William Barr has said that US President Donald Trump "undercuts" him by tweeting, making it "impossible for me to do my job".

His criticism of Mr Trump comes amid intense scrutiny of the Justice Department over the handling of a case involving Roger Stone - a convicted former advisor to the president, reports BBC

The attorney general had been accused of bowing to presidential pressure.

Mr Barr's comments are a rare sign of annoyance with Mr Trump.

"I think it's time to stop the tweeting about Department of Justice criminal cases," Mr Barr told ABC News.

"I cannot do my job here at the department with a constant background commentary that undercuts me," he added.