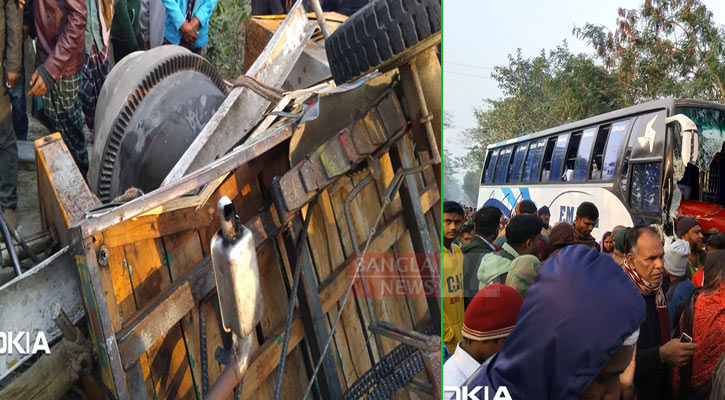 Five people were killed and five others injured when a bus hit a human hauler on Dhaka-Khulna highway at Pona Bus Stand in Kashiani upazila Gopalganj on Friday.

The deceased were identified as Badi, 30, Mizan, 43, Sumon, 28, Sirajul and Layek of the upazila.

The bus of ‘Falguni Paribahan’ rammed the human hauler around 8:00 am , leaving one passenger of the human hauler dead on the spot and nine others injured, said Azizur Rahman, officer-in-charge of Kashiani Police Station.

The injured were taken Kashiani Upazila Health Complex, Faridpur Medical College Hospital and Sadar Hospital where four other people succumbed to their injuries.

All the victims are the construction workers of Parulia union of the upazila, said UP Chairman Mukim Munshi.