BNP has no plan to intensify movement to free Khaleda 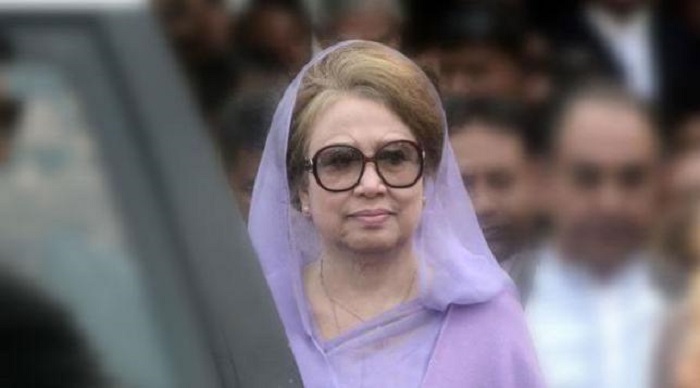 “Countrywide demonstration programme for February 15 demanding Khaleda Zia’s release has already been announced. And this is our current programme. As much as I know, there is no plan to intensify movement. If there is any more plan then you (journalists) will be informed on time,” BNP standing committee member Khandaker Mosharraf Hossain told the daily sun.

Announcing that the party will bring out protest processions across the country on Saturday demanding the release of Khaleda Zia, the party secretary general Mirza Fakhrul Islam Alamgir at a rally in the capital on February 8 said “We would like to say we would wake up people through a movement, and then stage a mass upsurge to defeat this dangerous monstrous government.”

BNP insiders said the party currently has no plan to wage any strong movement and it is now maintaining strategy of ‘wait and see’ policy for their next course of action.

Talking to daily sun, a few central leaders said the party leaders assumed that they can’t wage any effective movement in current political situation of the country during the incumbent Awami League regime and it is not possible to realize their demands through the type of their movement.

BNP sources said most of the leaders of the party have assumed that Khaleda Zia would not be freed from jail through their movement which is now going on and or through the legal process, without any ‘understanding’ with the incumbent government.

“It is assumed inside the party that it is not possible to wage any strong and effective movement by the BNP to realize demands. That’s why, the party senior leaders do not want to wage movement,” a central leader of the party told the daily sun wishing not to be named.

After the 11th parliamentary election debacle, BNP failed to undertake any tough campaign, except holding some indoor and a handful of outdoor demonstration programmes in different issues including demand of Khaleda’s release from jail, which were seen as just token actions but not effective at all.  Two years of imprisonment of Khaleda Zia was observed on February 8, but the party didn’t meet its demand of the party chief’s release from neither in legal process nor through waging any effective movement due to various reasons including organizational weakness.

Talking to daily sun, a few other central leaders of BNP said the party has been observing some ‘ineffective peaceful’ programmes just to keep the party activists calm as a large number of leaders and activists were angry with the senior leaders for not doing enough movement for Khaleda Zia’s release.

Asked about their movement demanding Khaleda Zia’s release, the party vice chairman Mohammad Shahjahan told the daily sun that “We are organizing our party particularly its Dhaka city unit. After organizing our party and its different units, then we will think about movement.”

Claiming that their party leaders and activists have been carrying on various movement activities continuously for Khaleda Zia’s release, as per their ability, BNP another vice chairman Mohammad Shahjahan said “There is no organizational weakness in our party to wage movement but the situation which is now prevailing is not democratic. The democratic norms are not working now.”

“The BNP can’t any effective strong movement as it has lack of dedicated, courageous and loyal leadership and activists. Most of the party senior leaders also do not want to take any risk against the Awami League government and do not want to make the ruling party unhappy,” a central leader said.

Though at different programmes, BNP senior leaders have been frequently saying there is no alternative to taking to street to get Khaleda Zia out of jail, they could not wage any strong movement to this end.

BNP sources said organizational weakness, internal conflict, leadership crisis, lack of dedicated leaders and lack of proper strategy are the impediments to an ‘effective’ movement to realise their demand.

Meanwhile, the party leaders and activists are not much interested to take to street as they are now frustrated as to whether their party would ever return to power and Khaleda Zia would be freed soon.

Talking to the daily sun, a BNP policymaker said the party acting Chairman Tarique Rahman must return home from London to organise his supporters and to wage strong movement.

BNP leaders claimed that they would wage a strong movement after reorganising the party but their restructuring process is also going on very slowly which has also made the party men frustrated.

On February 8, 2018, Khaleda was sent to Old Dhaka Central Jail after a lower court sentenced her to five years’ imprisonment in the Zia Orphanage Trust graft case. The High Court later doubled her five-year jail term. She was found guilty in another corruption case the same year.