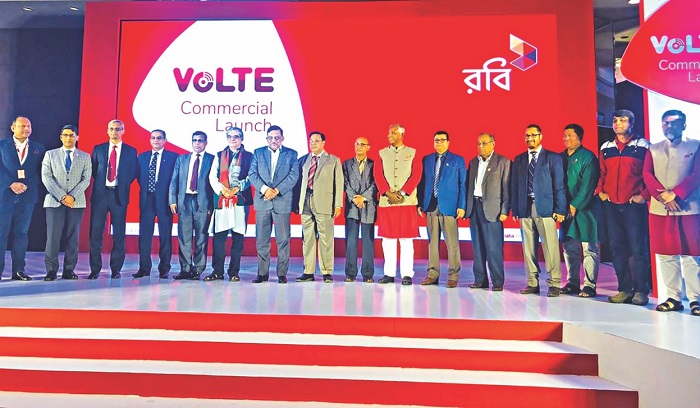 Home Minister Asaduzzaman Khan, MP, inaugurated the most advanced services at a ceremony on Wednesday evening as the chief guest in a city hotel where Posts and Telecommunications Minister Mustafa Jabbar was present as special guest, said a press release today.

Initially, Robi and Airtel customers in Dhaka and Chattogram divisions would get this service, as more than 5,000 sites have been activated with VoLTE service. Gradually, the service will be expanded to across the country.

VoLTE is truly an IP-based voice call technology, which is especially designed to ensure HD quality voice calls. VoLTE treats voice as just another application that rides on the LTE data network.

This advanced technology will allow customers to have their calls set up duration within only 3-4 seconds, which is 40-50 percent faster than traditional 2G or 3G voice calls.

According to a GSMA study, global trade body of all mobile operators, customers get 40 percent more battery life using VoLTE compared to calls made through OTTs (Over the Top), like, whatsapp, viber and imo.

The best part is there will be no additional charges for using VoLTE services. In order to have end-to-end service experience, caller and receiver need to have VoLTE supported and enabled 4G handsets along with VoLTE activated 4G SIM card.

Interested Robi or Airtel customers can enjoy the VoLTE service by dialing *86583#. Officials from Robi and Airtel will later on reach out to the interested users to guide them into enjoying the service if they are eligible.