Gigantic mystery 'skeleton' found washed up on beach by Storm 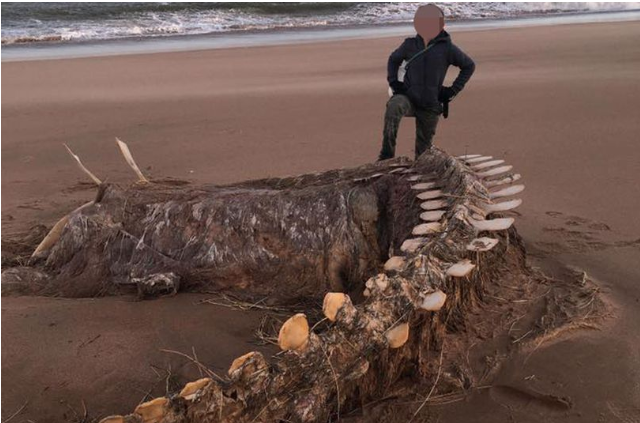 A gigantic 'skeleton' was found washed up on a Scottish beach during Storm Ciara.

And locals near Aberdeen have speculated that it could be the remains of the mythical Loch Ness Monster - despite the notorious body of water being roughly 120 miles away.

Fubar News posted: "Came across this weird creature today near Aberdeen. Any ideas what it could be?"

Possible suggestions of the identity of the mysterious North sea creature were put forward - with folk saying it was a whale, orca or dolphin.

However one Facebook user said the remains actual pre-date the storm.

Lyn Crawford said: "We saw this at Blackdog I think. It was rotting when we came across it in December."

But some users joked the carcass could be the remains of Scotland's very own Loch Ness Monster.

But Emma –Louise Bolland disagreed that the nation's favourite folklore monster, adding: "Nessie could not adapt to salt water."