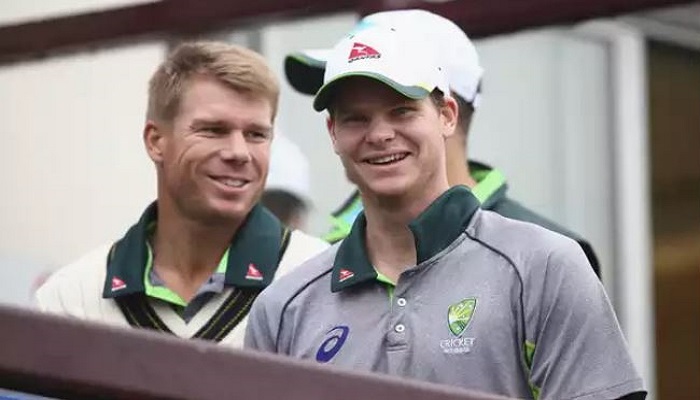 David Warner and Steven Smith will be ready for the crowd and the heat that'll be directed at them during Australia's upcoming tour of South Africa that starts on February 21, according to paceman Josh Hazlewood.

This will be the first time since the infamous ball-tampering incident at Cape Town in 2018 that Warner and Smith will be visiting the country, the aftermath of that episode resulting in them being banned from international cricket for 12 months.

"Think Steve and Dave have ticked off pretty much every box since coming back and this is just another one of those; don't think it will faze them one bit," Hazlewood said on Thursday (February 13). "They probably play better when it's like this, probably try and take as much heat as they can and keep the younger guys out of the spotlight. It's nothing we haven't experienced before; it's quite a long time ago now and a lot of different players from that Test team."

Both Smith and Warner faced hostility from the crowd during the World Cup and the Ashes in England, and Hazlewood is of the opinion that they will be able to handle the crowd when the series against South Africa gets underway. In their recently-concluded Test series, England had also faced some hostility with Ben Stokes being fined after getting into a verbal duel with a spectator at the Wanderers. Hazlewood, though, isn't concerned about it, mentioning that the best way to silence the crowd is through their onfield performances.

"They'll probably try to take as much heat as they can actually, try to keep the young guys out of the spotlight. Think just join in and have a good time with them (crowd). Often when you do that, they'll be on your side after half an hour. It is when you fight them it becomes quite abusive. Ride the storm and go along with it - that's what's worked best for me."

It has been a remarkable summer for Warner, who managed to overcome his poor form in the Ashes to score truckload of runs, and eventually bagged the Allan Border medal. "It says a lot [about him]. What it says is that when Davey has a good game we basically win the game. He's a big match-winner in T20s, one-dayers or Tests. When he has a good game it sends us a long way towards winning the game," said Hazlewood about the importance of Warner in the Australian setup.

Hazlewood isn't part of Australia's T20I squad and will only join them later for the ODIs. But he remains hopeful of getting an opportunity down the line on the back of his BBL efforts.

"That was the reason I played the Big Bash to get an opportunity in T20s, it's hard to break into that team, they played two series in the summer and didn't lose a game," Hazlewood said. "We'll see moving forward, hopefully there's an opportunity. I felt pretty comfortable out there. I managed to get five games and did well in most of them. [I] Bowled a bit in each part of the game - the start, the middle and the end - so feeling quite confident in whichever role I do."

Australia face off against South Africa in three T20Is on February 21 (Johannesburg), 23 (Port Elizabeth) and 26 (Cape Town), followed by a three-match ODI series on February 29 (Paarl), March 4 (Bloemfontein) and 7 (Potchefstroom).