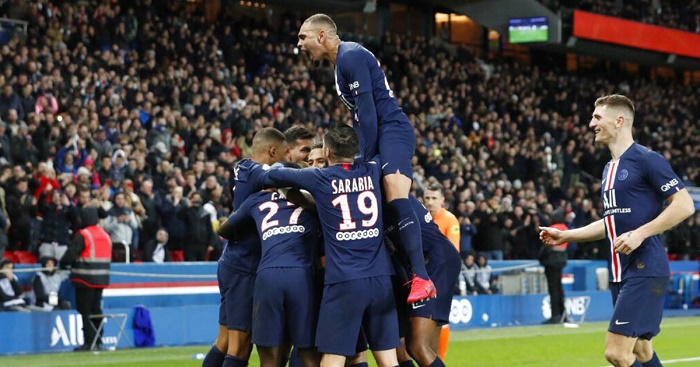 Defender Mitchel Bakker needed only one minute to impress in his first start for Paris Saint-Germain, when his cross led to an own goal in a 6-1 win at Dijon on Wednesday in the French Cup quarterfinals.

The 19-year-old Dutchman came up through the prestigious Ajax junior teams and plays as an attack-minded left back. He had only made one substitute appearance for PSG prior to this game.

But he seized his opportunity, sprinting down the wing and hitting a firm cross toward striker Edinson Cavani that was turned into his own net by Dijon defender Wesley Lautoa.

Bakker was involved in the build up to Sarabia's first strike, while forward Mounir Chouiar netted for Dijon to make it 1-1.