Brad Pitt writes his own acceptance speeches at Oscar event 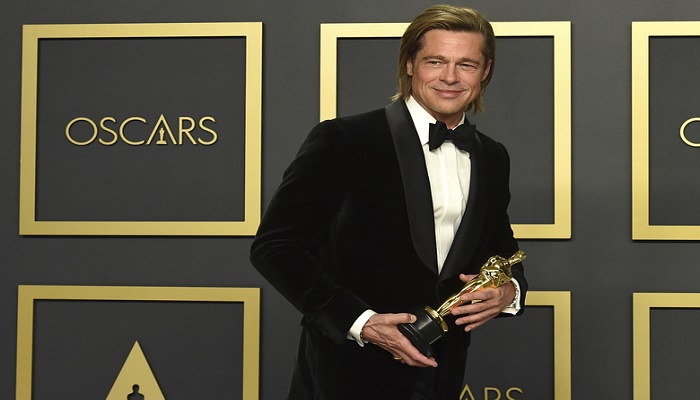 Hollywood superstar Brad Pitt has said that he wrote all of his acceptance speeches this award season but took some help from few of his “funny friends”.

Pitt’s witty and self-deprecating speeches had led to speculation that the actor had hired a professional speechwriter, reports The Indian Express.

But that’s not true, Pitt, who won the best supporting actor Oscar for his role in “Once Upon a Time… in Hollywood”, said.

“Historically, I’ve always been really tentative about speeches, like they make me nervous. This round, I figured if I’m going to do this, let’s put some real work into it, try to get comfortable. This is the result of that,” Pitt said post his win for the Quentin Tarantino film.