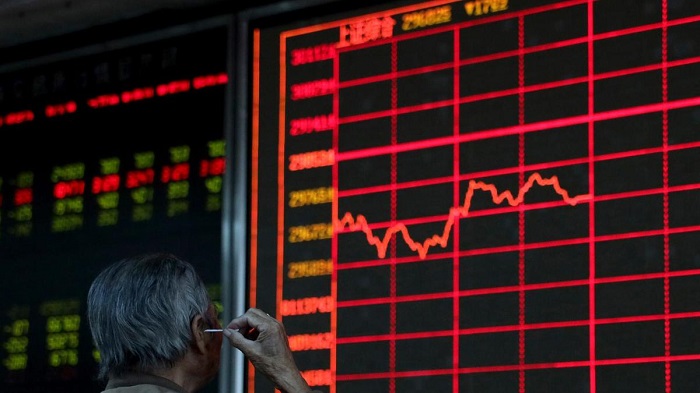 Asian markets fell on Thursday after a dramatic spike in the number of coronavirus deaths and cases in mainland China, with traders concerned about the economic impact of the epidemic.

Chinese authorities have changed the way they count infections from the virus -- officially named COVID-19 -- and the latest reports propelled the nationwide death toll to 1,355 and the infection count to nearly 60,000.

Sydney and Taipei, however, were higher.

Traders in Europe were also in a positive mood on Wednesday, with Frankfurt hitting a record close and Paris ending at its highest level this year.

The jump in China coronavirus numbers "has initially hit like a ton of bricks given this is one of the market's biggest fears", Stephen Innes, chief market strategist at AxiCorp, wrote.

But he added that despite the "gnarly" headlines, the rise could be the result of a testing backlog being cleared over the weekend in Hubei province, where the virus emerged late last year.

China has been praised by the World Health Organization (WHO) for its transparent handling of the outbreak.

There is, however, still scepticism among the global public, with suggestions that Beijing may be concealing the scale of the problem the way it did during the 2002-2003 SARS epidemic.

"Just when markets were getting comfortable with the idea that the COVID-19 infection increase was trending lower, the sudden jump in the number of new cases in Hubei has jolted them out of this sense of complacency," Khoon Goh, head of Asia research at Australia & New Zealand Banking Group, told Bloomberg News.

COVID-19 has threatened to harm the Chinese economy, the world's second-largest, with ANZ bank warning that China's first-quarter GDP growth would slow to 3.2-4.0 percent, down from a previous projection of 5.0 percent.

In a Wednesday meeting, China's top leadership called for efforts to minimise the impact of the outbreak and pledged measures to help firms deal with the economic fallout.

China is the world's biggest importer and consumer of oil, and crude prices have been particularly sensitive to the epidemic.

The fresh jitters hit both main contracts on Thursday, which dropped after rising mid-week.

Brent Crude was down 0.3 percent and West Texas Intermediate was 0.1 percent lower.