UGC to hold combined entry test from next session 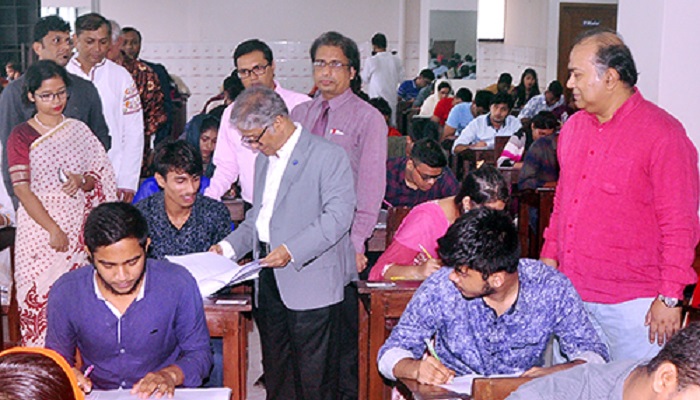 Admission test of public universities will be held under a uniform procedure from the next 2020-21 academic sessions.

The decision was taken at a meeting between University Grants Commission (UGC) Chairman Prof Kazi Shahidullah and vice-chancellors of public universities on Wednesday, said a press release.

DU Vice-Chancellor Prof Akhtaruzzaman said the university academic council will take the decision whether the DU will follow the uniform system or not.

UGC chairman said they will begin work from the first week of March this year to hold the uniform entry test system.

However, Dhaka University (DU), Bangladesh University of Engineering and Technology (BUET) and Jahangirnagar University (JU) did not agree to the BBP’s decision.

In the uniform system, separate tests will be held for admission into different faculties or disciplines in line with the syllabuses of Higher Secondary Certificate (HSC) exams.

The colleges under the National University will also follow the same procedure for admission into undergraduate courses.

Applicants will be asked to submit applications for admission into the desired universities soon after the result of Higher Secondary School Certificate (HSC) is published. The combined university admission examination will be held within November.

Under this system, admission seekers can submit their applications to the concerned universities based on the demand and their position on the central merit list prepared from the uniform test.

Use of short question answers instead of multiple choice questions was also proposed during the meeting.