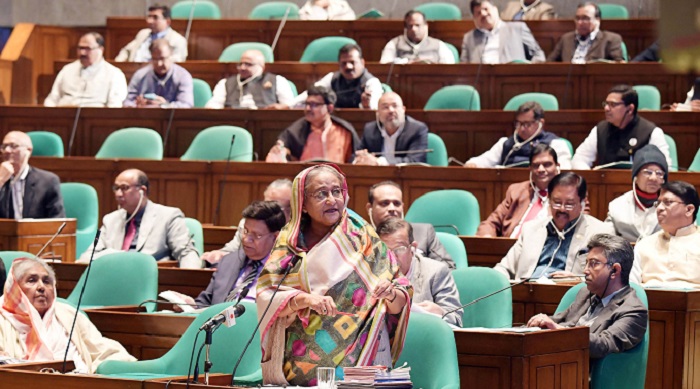 Prime Minister Sheikh Hasina on Wednesday told Jatiya Sangsad that there is no need to formulate new law for closing evening courses in the country’s public universities.

The premier said the authorities of universities and the University Grants Commission (UGC) can take necessary steps in this matter.

The leader of the house came up with this statement at the parliament while replying to a supplementary question from Mujibul Haque Chunnu, an opposition lawmaker from Kishoreganj-3 and also Co-Chairman of Jatiya Party.

Sheikh Hasina said the public universities once struggled with session jam and for that reason the system of two shifts or evening shifts was introduced.

“As a result, problems arose in their respective educational institutions,” she said.