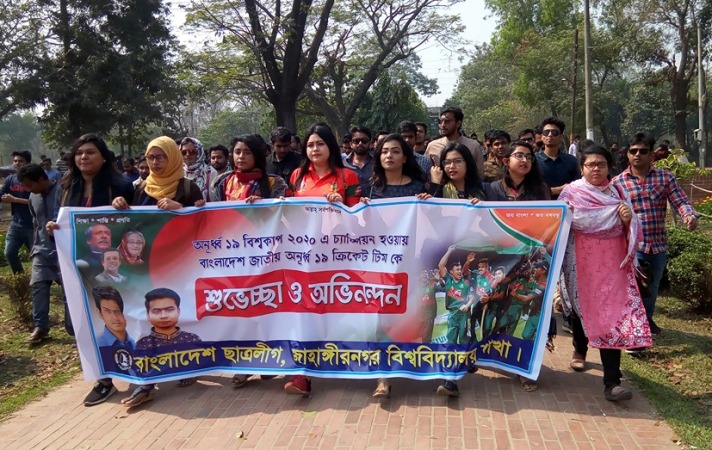 Bangladesh Chhatra League (BCL), Jahangirnagar University (JU) unit on Wednesday brought out a jubilant procession on the campus to greet the Young Tigers for winning the U-19 World Cup for the first time.

The leaders and activists of the ruling party’s student wing brought out the procession from near the transport office of the university around this afternoon.

After parading different streets on the campus, the procession ended with a brief rally at the Central Shaheed Minar premises.

Over 300 BCL leaders and activists from both male and female dormitories of the university took part in the procession.