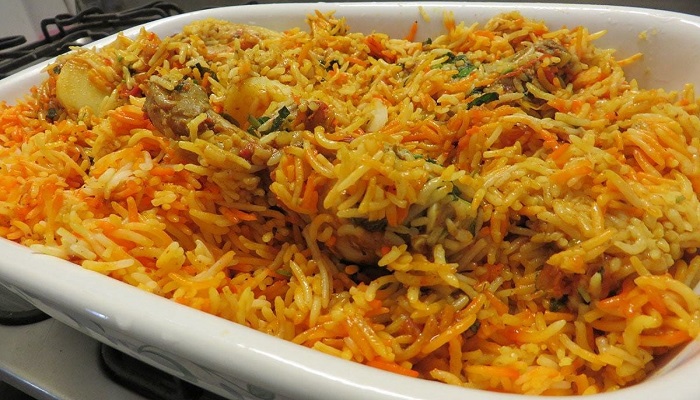 The report credited the surge in sales to previous comments made by senior BJP leaders, including Uttar Pradesh Chief Minister Yogi Adityanath, about the AAP serving the dish to anti-citizenship law protesters gathered at Shaheen Bagh.

“The Kejriwal government provides biryani to the people sitting at protests at Shaheen Bagh and other places,” Adityanath had said at some election rallies he had addressed in Delhi, it added.

Earlier in the week, Amit Malviya, head of the BJP’s IT cell had tweeted, “Proof of biryani being distributed at Shaheen Bagh!”

Hundreds of women have been blocking Shaheen Bagh for weeks in protest of the Indian government's Citizenship Amendment Act (CAA) and the National Register of Citizens (NRC) . The women have inspired thousands across India to replicate their challenge to the Hindu nationalist government.

Social media platforms were flooded with posts about citizens announcing celebrations featuring the delicacy after the AAP's win. Meanwhile, restaurants scrambled to offer discounts to cash in on the moment, the publication added.

Speaking to The Economic Times, Raymond Andrews, the co-founder of a biryani chain in Delhi, said: "We have seen a higher uptake on our orders. Biryani as a cuisine is celebratory by nature, be it a birthday, an anniversary or friends celebrating."

Vishal Jindal, another restaurant owner, stated that they witnessed a pickup in sales despite it being a Tuesday, the report said, adding that many Indian citizens refrain from consuming non-vegetarian food on Tuesdays for religious reasons.

Critics have said that India's new law is discriminatory as it singles out Muslims, who make up nearly 15 per cent of the country's population. Under the law, persecuted Hindus, Sikhs, Buddhists, Jains, Parsis and Christians who fled Pakistan, Bangladesh and Afghanistan prior to 2015 will be granted citizenship.

The Indian government says that Pakistan, Afghanistan and Bangladesh are Muslim-majority countries, therefore Muslims cannot be treated as persecuted minorities, which is why they have been excluded from the citizenship offer.

Critics however have lambasted the BJP-led government for including religion as a criterion for citizenship, arguing that it goes against secular principles, India's constitution and the country's international obligations to prevent the deprivation of citizenship on the basis of race, colour, descent, or national or ethnic origin.