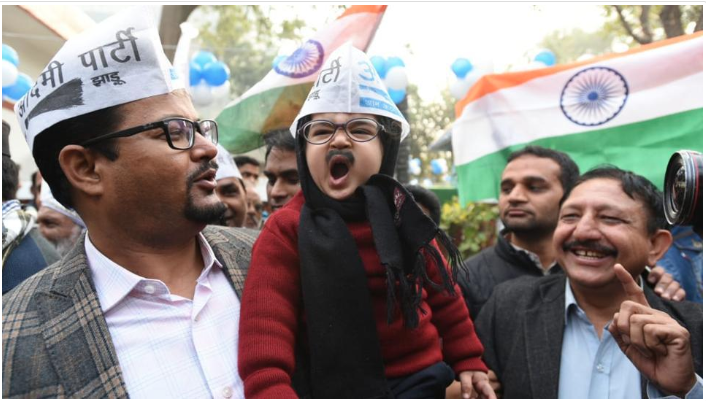 Aam Aadmi Party president Arvind Kejriwal’s muffler has sparked lots of chatter on social media over the years. It has again become a point of discussion among people after an adorable tiny ‘lookalike’ of Kejriwal, featuring an equally cute muffler, was spotted in Delhi today.

AAP took to Twitter to share an image of the little one. In the picture, the cute baby is seen wearing a cap sporting the party’s name and symbol. He is also wearing spectacles with a black colour moustache painted above his upper lip. It’s, however, the dark-hued muffler wrapped around the kid’s head which caught people’s attention.

Further, ANI also took to Twitter to share an image of the little kid along with another one. “An Aam Aadmi Party (AAP) supporter reaches Delhi Chief Minister Arvind Kejriwal’s residence with his children,” ANI wrote.