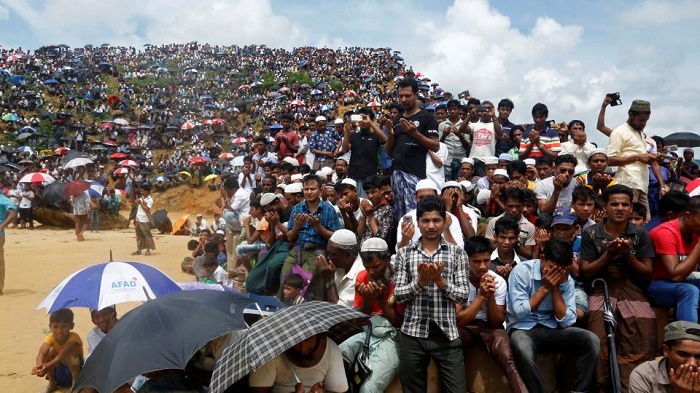 Responding to the deaths of 15 Rohingya refugees in the Bay of Bengal near the Saint Martin’s Island on Tuesday morning, two UN agencies issued a joint statement saying they are ready to support the survivors of the boat.

IOM, the UN Migration Agency, and UNHCR, the UN Refugee Agency, said they are closely liaising with Government of Bangladesh’s first responders to the tragic boat capsizing off the coast of St. Martins Island in the Bay of Bengal.

The incident happened in the early hours of Tuesday (today), with the authorities initially reporting 15 drowned, and at least 68 receiving first aid.

"UNHCR and IOM are saddened by this tragic loss of life and, together with our other UN and NGO partners, are standing by to offer assistance to the [Bangladeshi] government in responding to the needs of the survivors, be it food, shelter, or medical aid."

Irregular boat movements are not new to the Cox’s Bazar district, as both Rohingya refugees and Bangladeshis risk the unsafe journey to travel abroad due to compelling circumstances, reads the joint statement.

Recognising the dangers they face at sea, IOM and UNHCR said the UN has been working with Government authorities to raise awareness among refugees and local people on the risks they may face.

The UN is also supporting the strengthening of law enforcement capacities to address smuggling and trafficking and to protect those most at risk.  Support is also available in the district to trafficking survivors, the statement added.